Abandoned Towns Across The USA That You Can Still Visit

HomeUSA TravelAbandoned Towns Across The USA That You Can Still Visit

During the 18 and 1900s, a lot of places in America were abandoned.  Whether it was due to the end of the Gold Rush, the collapse of industrial sites after the Gilded Age, natural disasters, or just a bizarre twist of fate, they all have backstories.  Here then, without further ado are abandoned towns across the USA that you can still visit.

Abandoned Towns Across The USA That You Can Still Visit 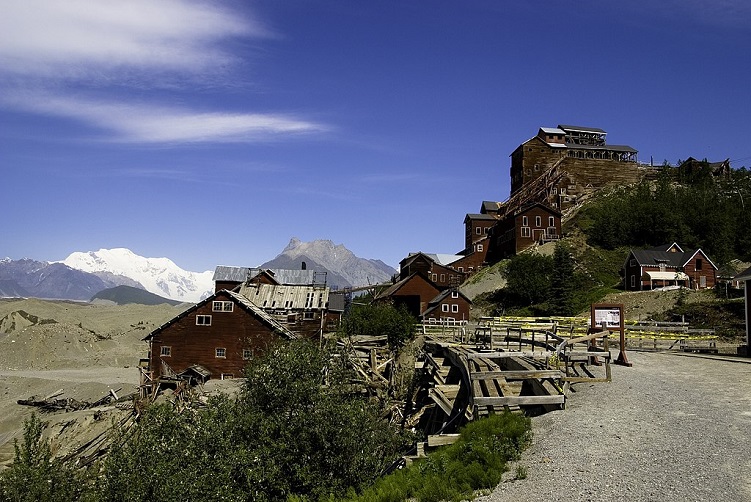 The discovery of $200 million worth of copper and the founding of Utah Copper Company in 1903.  The Guggenheims and J.P. Morgan helped establish a “self-contained company town,” complete with a skating rink and tennis court.  In 1938, the copper mines were running low, and the mines were closed.  Today, it is a National Historic Landmark located in Wrangell-St. Elias National Park. 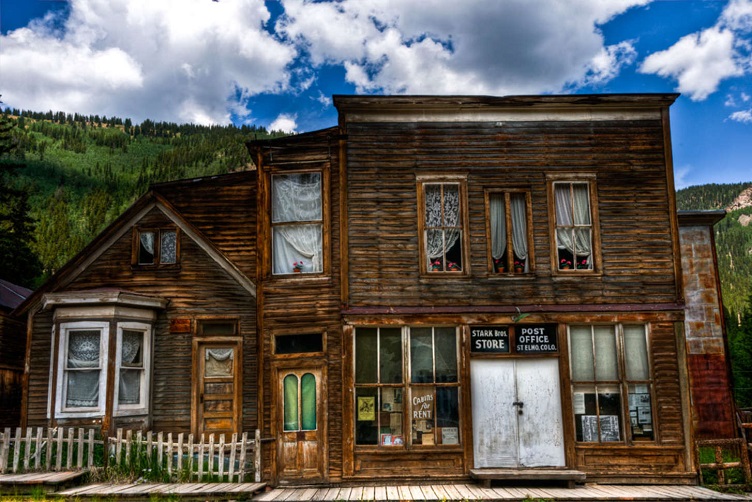 The once thriving gold mining town of St. Elmo was founded in 1880.  Once the home of nearly 2,000 people, the Alpine Tunnel closed in 1910.  The price of silver had dropped, and in 1922 rail service ended.  30 years later, mail service ended.  It’s one of the best-preserved ghost towns in the US.  The best time to visit is in the summer. 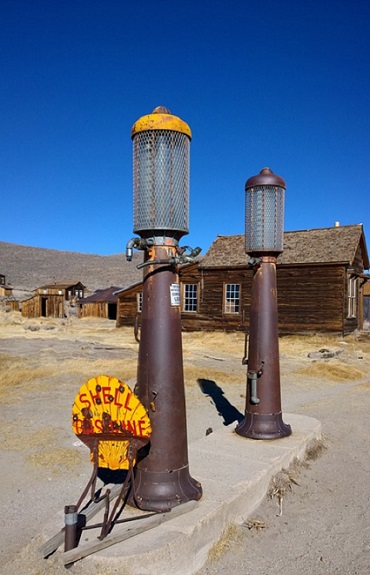 Bodie is the largest unreconstructed ghost town in the US.  Founded in 1859 when William S. Bodey discovered gold here, the population quickly grew from less than two dozen miners to more than 10,000.  When the gold began to vanish, so did the people.  By 1942, the last mine had closed.  Now an official National Historic Site, you can take guided tours in the summer. 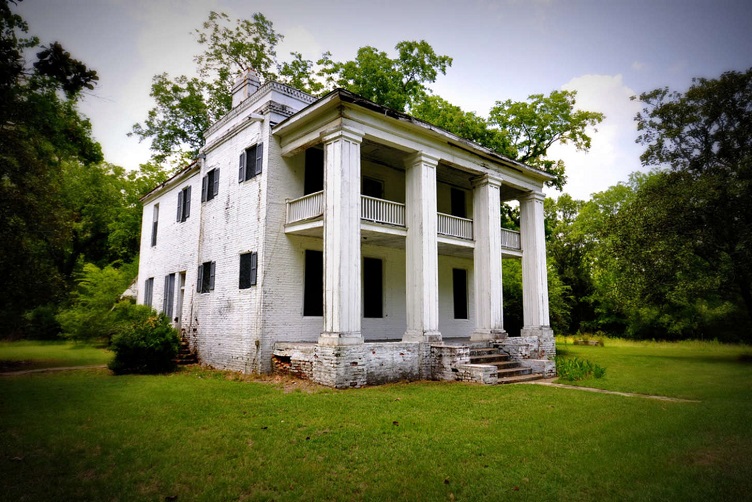 This was the state capital from 1820 to 1825 before being flooded too often.  It was also a center of cotton distribution, and during the infamous Civil War, it was the location of the infamous Confederate Castle Morgan prison 1863 and 1865.  Another huge flood occurred and by the early 1900s, most of the buildings had been destroyed.  Visit the museum and the Crocheron Columns. 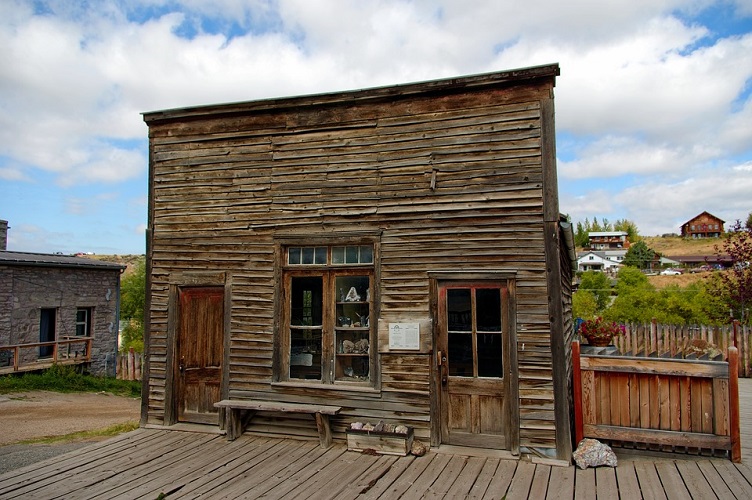 Established in 1863, this gold-mining town where frontierswoman Calamity Jane once lived.  It was a fairly lawless place.  Gangs of outlaws murdered 100 people in the first year of its existence.

Still, its population grew to roughly 10,000 before the gold disappeared and the city became stagnant.  At present, the place features original buildings, live music, tours, and a memorable scenic railway. 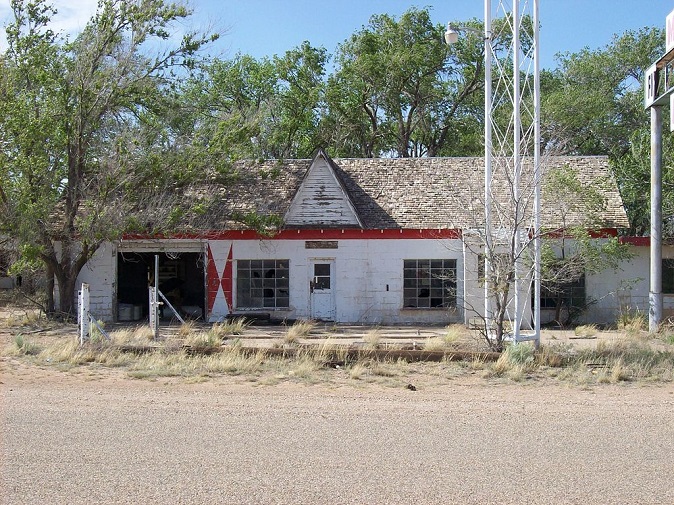 Glenrio was founded in 1903.  Straddling the border between New Mexico and Texas, travelers stopped visiting this town after the I-40 was constructed in the early 1970s.  It withered away to be little more than a bit of Route 66 nostalgia.  The Little Juarez Cafe is boarded up now, but it remains the first and the last motel and cafe in Texas. 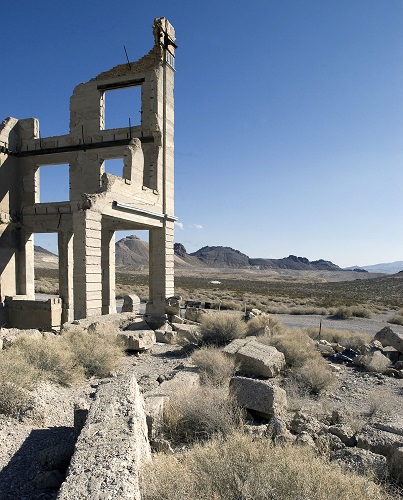 Situated on the edge of famous Death Valley, this Gold Rush was founded in 1904 and abandoned by 1916, even though it was the state’s third-largest city.  The infamous Panic of 1907 caused most of the mines to close, the banks to fail, and local newspapers to stop the presses. In 1911 when the Montgomery Shoshone Mine shut down and remaining residents left within the next few years. 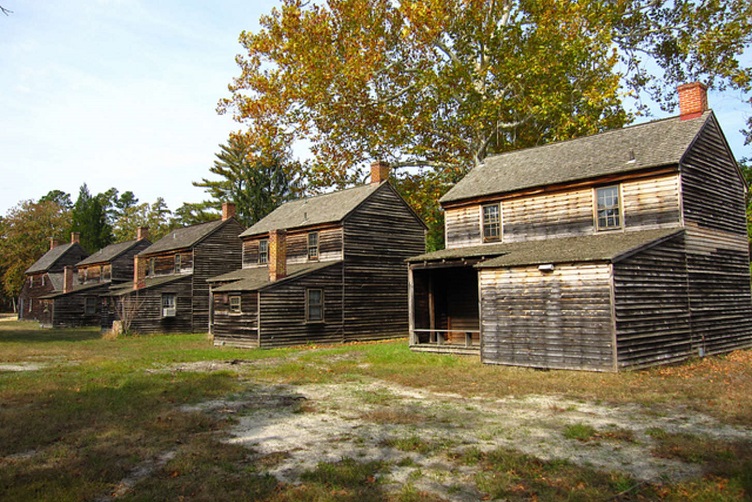 This village was named after the Swedish word for sauna, “batsu”.  Founded in 1766, its local ironworks supplying the Continental Army during the infamous Revolutionary War.  92 years later, it was replaced as the producer of iron (and charcoal) a Pennsylvanian mine.  Famous industrialist Joseph Wharton bought the place in 1876.  He too abandoned the town although today it is a historical site. 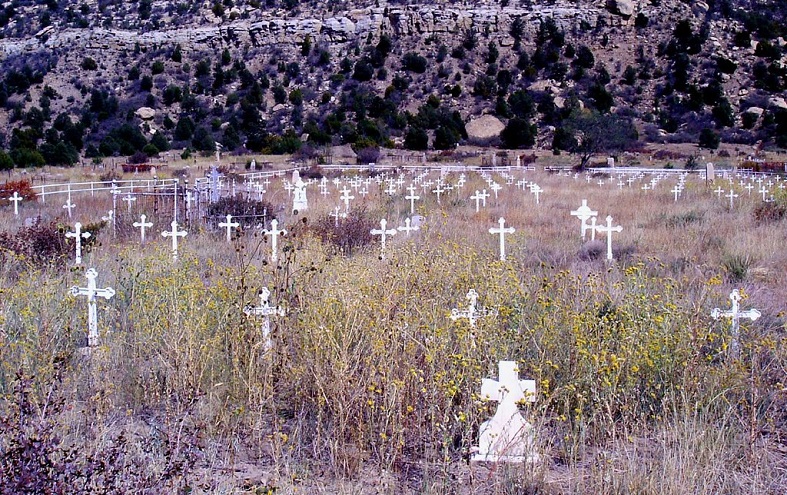 Founded in 1901, Dawson was a mining company town.  There were three decennial explosions.  The first in 1903, killed three people.

In 1913, more than 250 died, and in 1923, 123 died.  After the first explosion, residents began to relocate.  The demand for coal tapered off and the last mine shut down in 1950.  The property was sold, most buildings destroyed, and it’s now haunted. 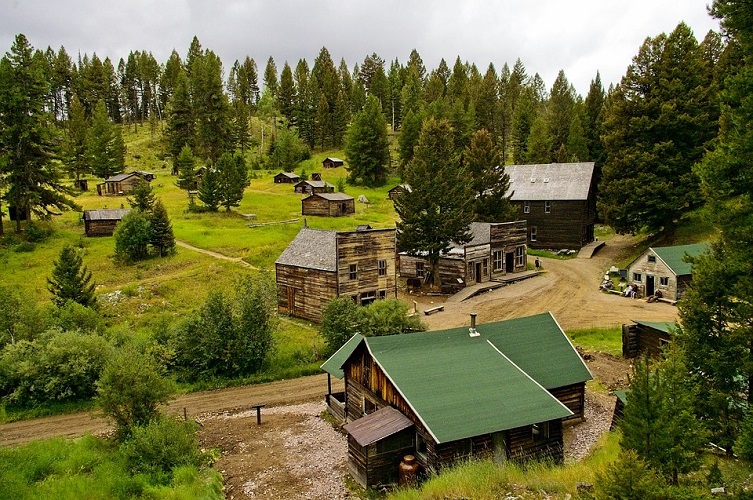 This town was named after the gems discovered with the gold there.  Founded in the 1860s, half the town was burned down in 1912.  The gold had withered away, so it was abandoned.

Today over 30 historic buildings remain intact.  If you visit in winter, you can rent one of two cabins.  Visit in June and you can attend fun and festive Garnet Day. 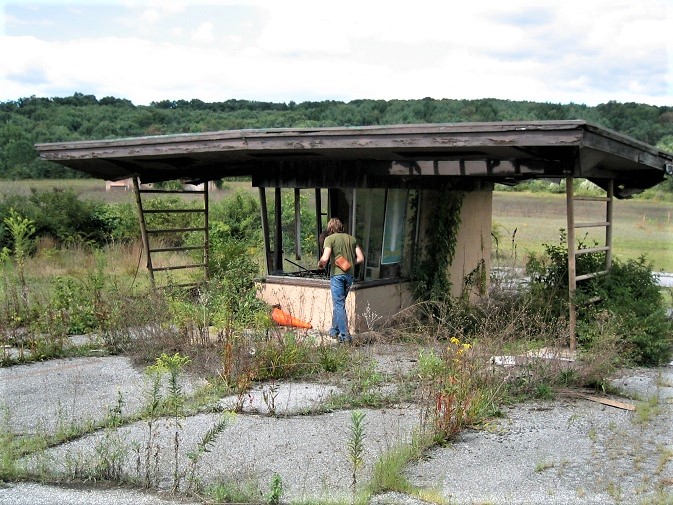 Centralia was a bustling coal-mining town in the late 1800s.  It once had a population of almost 2,700.  As of 2020, five people still live there so it’s technically not a ghost town.

Since 1962, a fire has been burning in one of the abandoned coal mines beneath this town.  It was evacuated when it started.  It inspired the 2006 film Silent Hill. 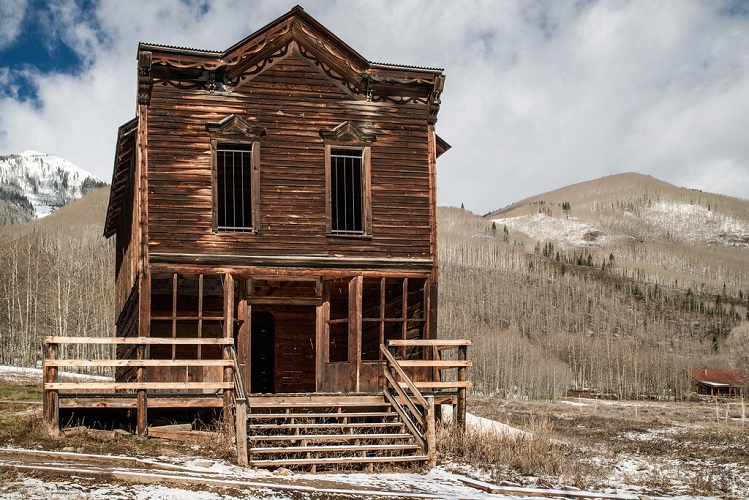 This town was established in 1880 thanks to silver being discovered there.  Soon, 3,500 people lived there.  By 1885, the silver was gone, and all but 100 residents relocated.

In the 1930s, it garnered new attention thanks to the Winter Olympics.  Olympic bobsledder Billy Fiske planned to build a ski resort there but died in WWII.  The project died too and by 1940, Ashcroft was deserted. 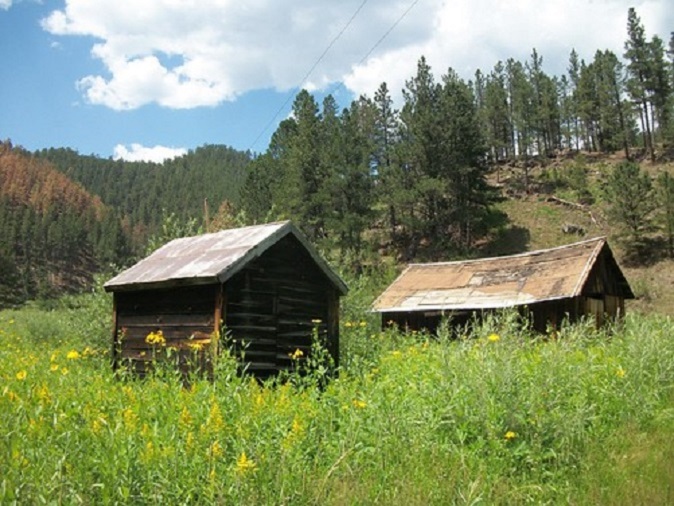 Mystic was founded in 1885.  The main industries focus on shipping coal into the Black Hills and transporting gold and timber out of them.  As WWII ended, business faltered.

Severely limited resources made running the sawmill difficult.  The sawmill closed its doors in 1952 and other businesses also closed.  The population dwindled and the town was abandoned. 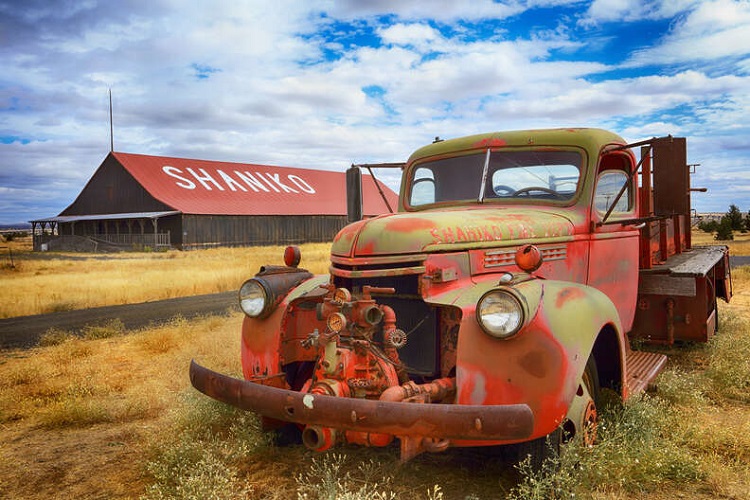 Shaniko was once the “Wool Capital of the World,” it was incorporated in 1901 thanks to the railroad extension.  Less than 10 years later, a new railroad cut the town off the route.  Two fires ravaged the business district too.

In the 1950s it was deemed a ghost town although as of 2018 39 residents remained.  Visit in the summer when the seasonal businesses are open.

Maui to drop proof of vaccine for indoor service at restaurants, bars and gyms effective February 21