15 Stunning US National Parks To Visit In The Winter

HomeUSA Travel15 Stunning US National Parks To Visit In The Winter

If you love sharp fresh air, otherworldly deserts, and snow-capped mountains, then read on, happy traveler. The US National Park System features 63 different national parks from which to choose. To help you decide where to go in the upcoming months, here are 15 stunning US national parks to visit this winter.

US National Parks To Visit In The Winter 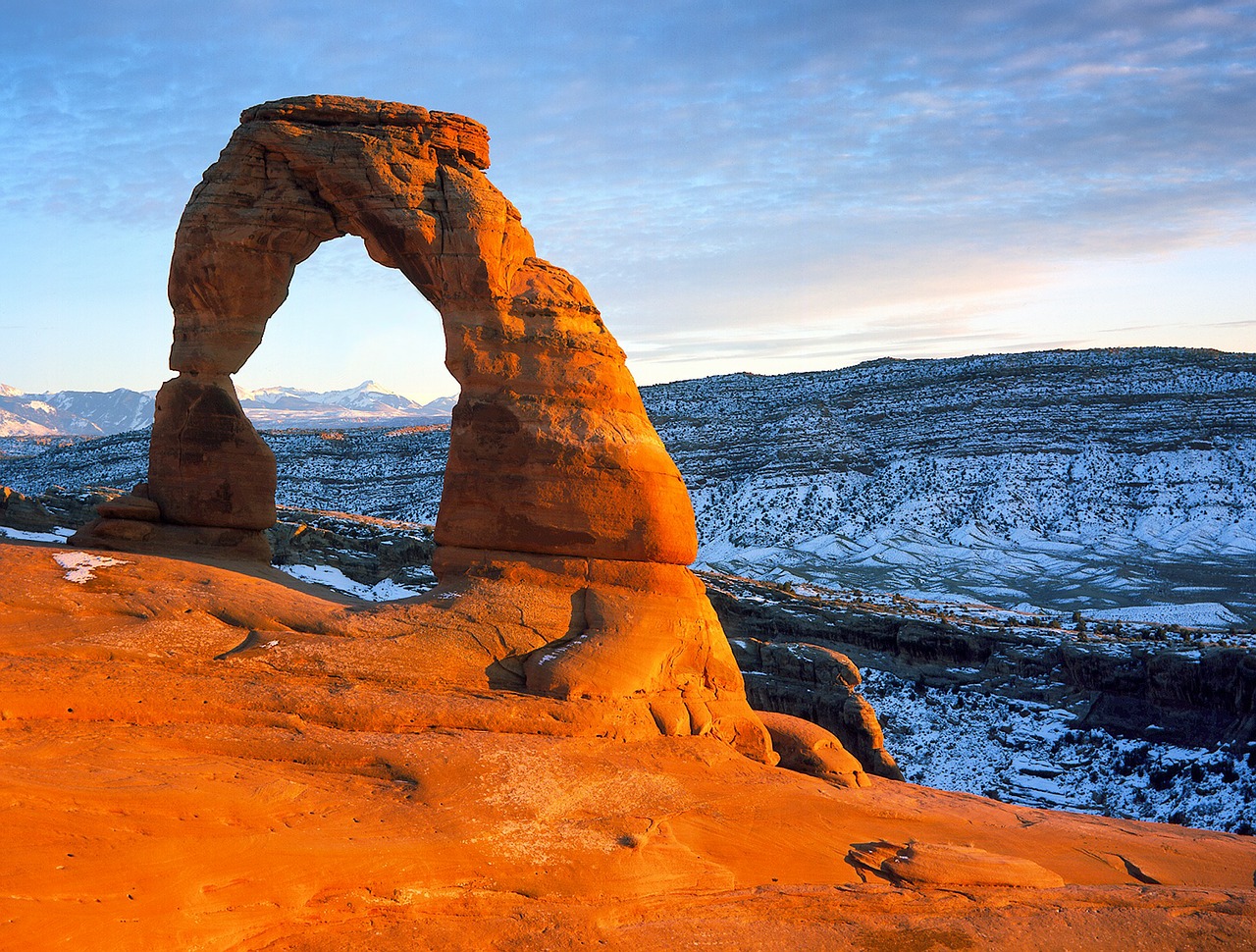 This is one of the country’s most popular national parks and can be found right outside the city of Moab. It spans an area of 120 square miles and is highlighted by more than 2,000 natural arches. They were formed by millions of years of erosion.

In the winter, after the ground has been covered by light snow, the arches are uniquely highlighted. Visit Devil’s Garden. The section of hiking trail to Landscape Arch is generally flat and paved and easily accessible. The Skylight and Sand Dune Arches are also easy to see in winter too. 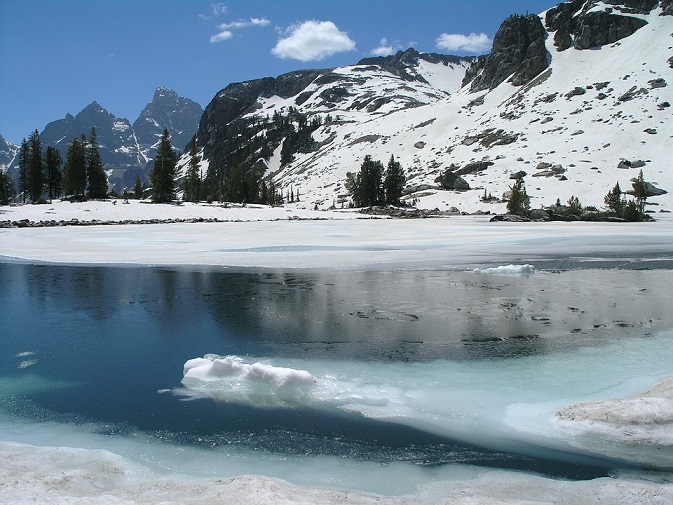 This popular national park near Yellowstone is a great place for a winter getaway. Here you will find Jackson Hole and the 13,775-foot Grand Teton mountain too. Each year, over three million travelers come here to fish or hike to the great glaciers. Of course, the top two reasons to visit this park in the winter are to go snowboarding or skiing. If you’re not into winter sports, you can look for animals that come out at the start and close of winter when there are fewer visitors. 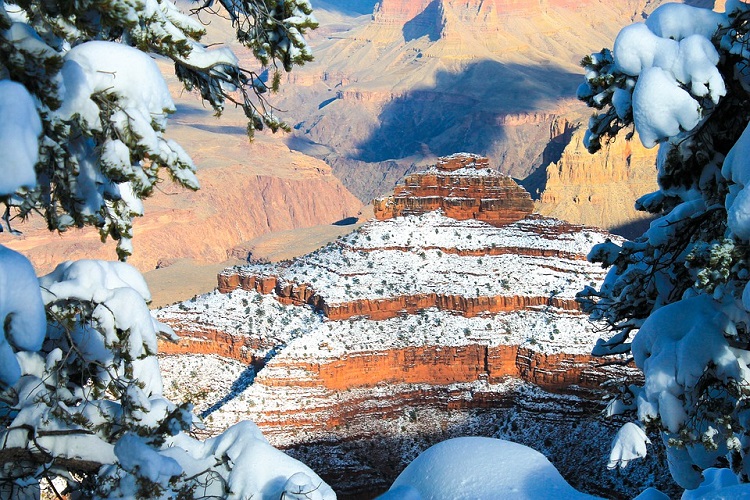 More than six million tourists visit this park annually. Here you will find one of the largest canyons on the planet, the famous Grand Canyon. Although the North Rim of this great canyon closes in the winter, the arguably more popular South Rim is open all year and it looks even more beautiful when dusted with a bit of snow. So while you can’t hike the entire canyon rim to rim as your roving writer and his father once did, the place has an otherworldly feel in the midst of winter. 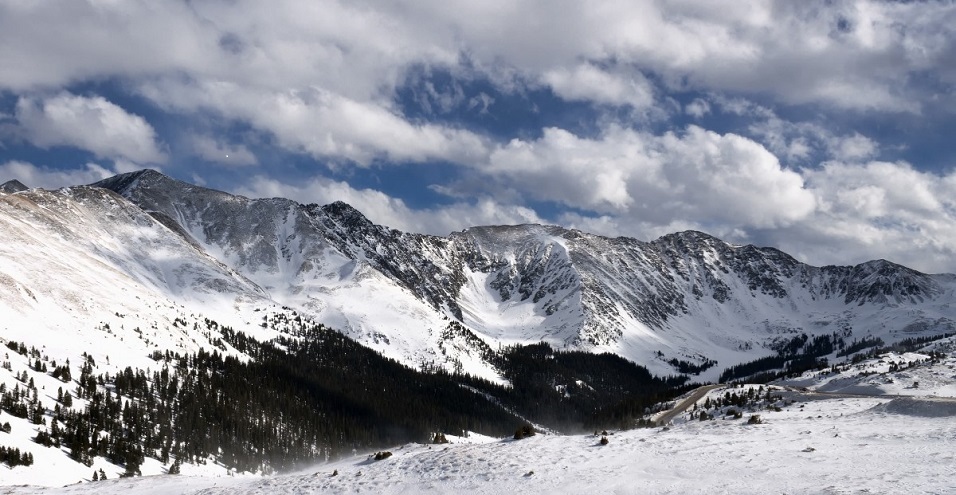 This park encompasses an area of approximately 415 square miles of the well-known mountain range. This park features more than 350 miles of hiking trails complete with alpine lakes and snow-capped peaks. Split by the famous Continental Divide, this park shows visitors a totally different side in the winter.

It is a great place for winter hiking and snowshoeing. In fact, you can sign up for a ranger-led snowshoe hike. If you’re an amateur, don’t worry. Newcomers are welcome. You can go sledding and skiing here as well.

Canyonlands National Park in Moab is the state’s largest national park. It’s divided into three sections: the popular, panoramic Island in the sky, the colorful Needles district, and the “no man’s land” known as the Maze. Veteran visitors say the panoramic views and scarlet rocks are even more striking under a blanket of white, virgin snow.

Additionally, it is a surprisingly peaceful place in the winter. While some of the hiking trails can be closed due to heavy snowfall, others remain open. Be sure to visit the Grand View Overlook and see the sunrise or sunset. The light reflecting off the snow makes it nigh magical. 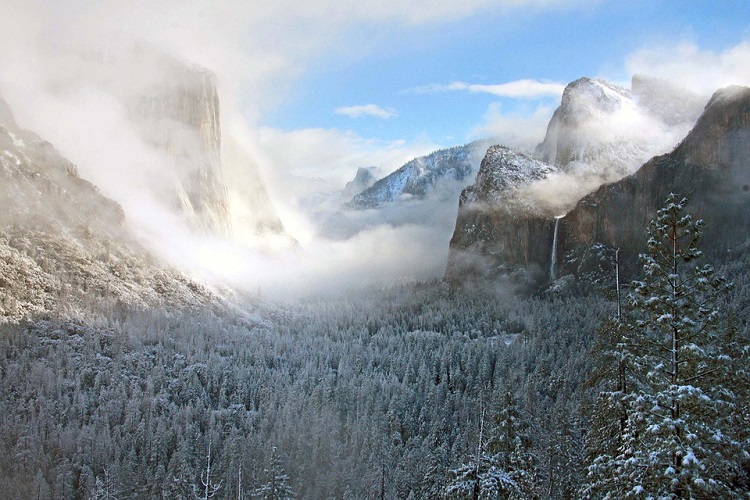 Another one of the United State’s most popular national parks, Yosemite is even more inspiring in the midst of winter. While some roads are closed to traffic from Mid-November until May, avoiding the crowds and the view of a snow-framed 2,425-foot Yosemite Falls alone is worth the price and use of the tire chains required to travel there. The El Capitan also includes the Half Dome, giant sequoias, glaciers, and the 2,140-foot Snow Creek Falls as well. It is truly a natural winter wonderland. 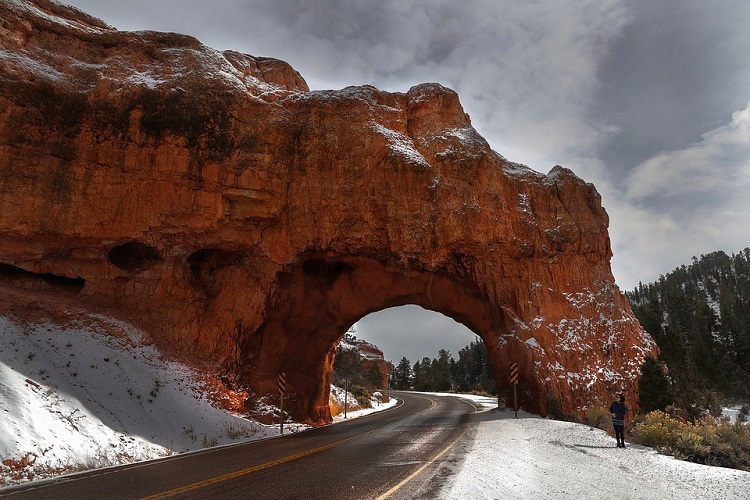 The best time to visit this park is actually from the month of December through February. This park is in reality a number of natural amphitheaters. They are located approximately one mile up and are only referred to as a “canyon” for advertising purposes. Some travel writers say that this place is actually more attractive during the winter months when the striking orange of the park is offset by the glistening snow.All four major viewpoints–Bryce Point, Inspiration Point, Sunrise Point, and Sunset Point offer visitors magnificent views. 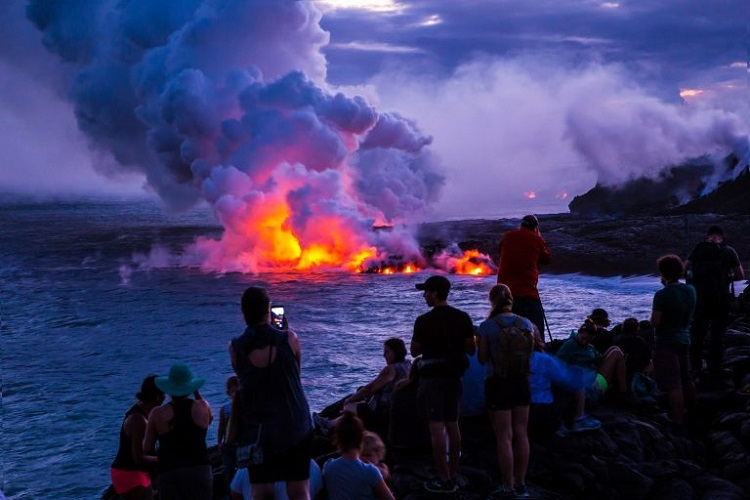 If you’d prefer to stay warm in the winter, visit Volcanoes National Park. Situated on the Big Island, it spans 500 square miles and includes two active volcanoes. One is Kilauea which is also the world’s most active volcano. Here you can also attend an informative ranger talk, take a road trip, witness the exciting eruptions of Mauna Loa, see the lava fields, visit a deep caldera, and incredible lava trails as well. Finally, after a full day of exceptional outdoor activities, you can grab a bite at the popular main lodge. 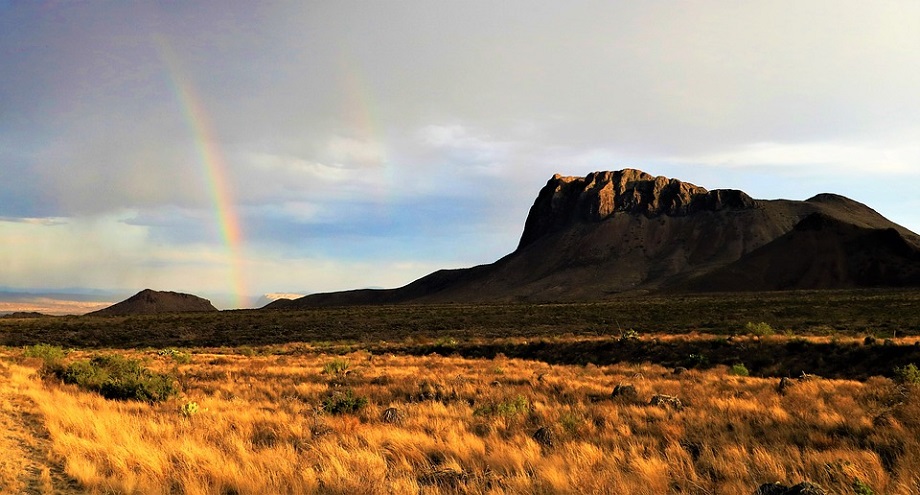 The heat in West Texas is notorious. Indeed, the only time there are closures here is when it gets too hot in the summer. Unsurprisingly then, the best time to visit this national park is during the winter months. Veteran visitors say one of the most popular activities here is to go hiking.

The best hike to take is the popular Hot Springs Hike. If you hit the trail before sunrise you’ll get a head start on the crowds. Another recommended hike to take is the Lost Mine Trail. It’s another favorite amongst hikers and is exceptional for sunset views. 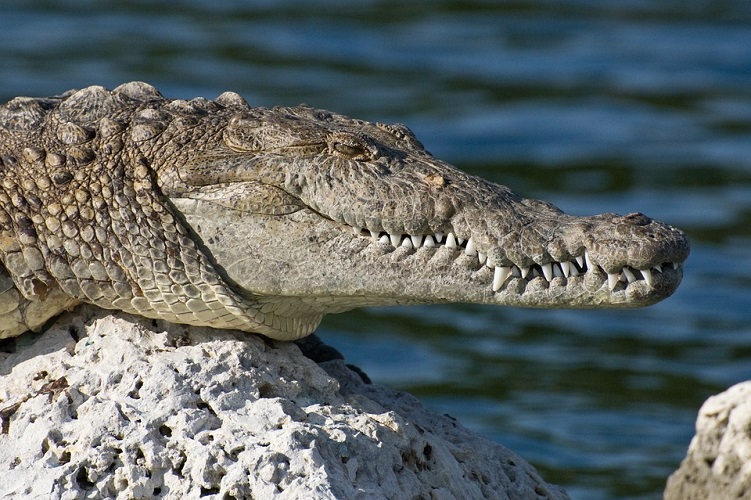 Again, if you prefer the feel of summer but want to avoid the tourist crowds, this national park reportedly “feels like summer” all year. Located south of Miami, this park contains some of the country’s best beaches and clearest water. Even during the winter months, temperatures stay in the 80s.

If you’re going to stay overnight, try nearby Key Biscayne or Coral Gables. Mind you, if you own or rent a boat you can camp right in the park. Favorite outdoor activities here include kayaking, snorkeling, and swimming. 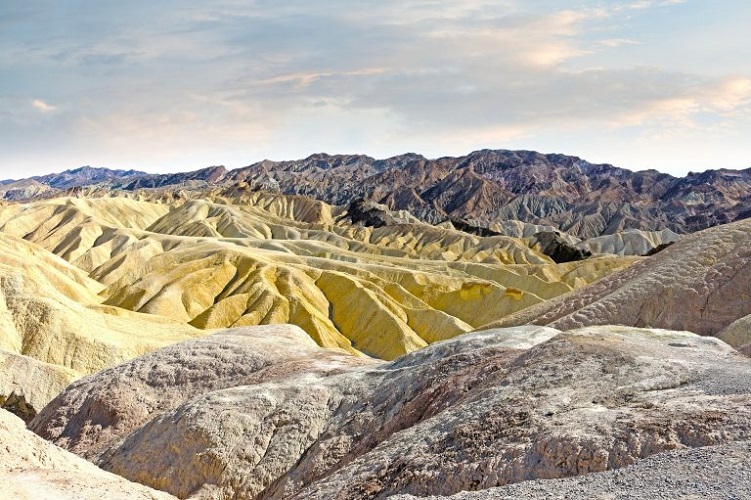 Even in the winter, this national park is the driest, hottest place in the United States. During the winter months, the daytime temperatures are quite comfortable and you can explore the place free of crowds. It’s a great place to go hiking. Visit Dante’s View at sunrise and watch as the multi-colored sunlight reflects off the Sierra Nevada. You can also stop by the official lowest point on the entire North American continent at Badwater Basin. Check out Rhyolite, the ghost town to the north of the park too. 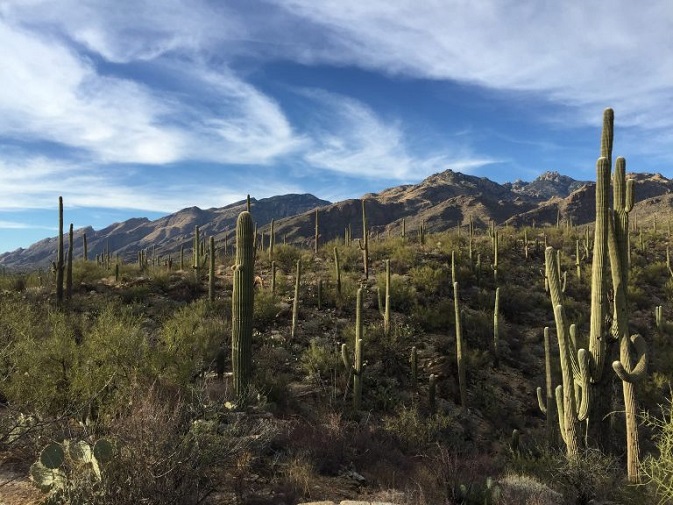 Visit this park that straddles Tucson between the months of November and February and you will enjoy temperatures between 69 and 74 degrees Fahrenheit. This particular park has an interesting origin as it was founded to help preserve the Giant Saguaro cacti–the large cacti most famously known as the cacti upon which the animated Wile E. Coyote sometimes falls. It is an exceptional winter destination for both birdwatchers and hikers. Highlights here include the Arizona Sonora Desert Museum, the historic petroglyphs at Signal Rock, and the Brown Mountain Trail. 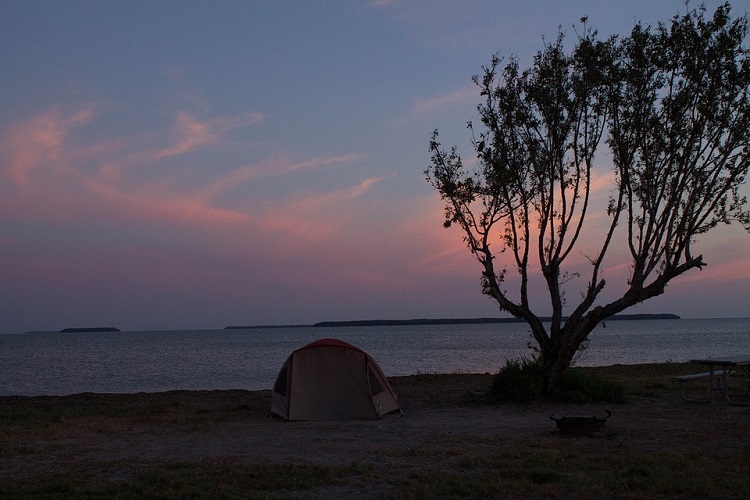 The best time to visit this park located in the Everglades just 45 minutes out of Miami, is in the winter when the weather is dry and warm. Covering an area of 1.5 million acres, it is the official third-largest park in the entire continental United States. It features the largest wetlands on the planet and is part of a truly distinct ecosystem. It is also the home of several threatened and endangered species such as American crocodiles, the Florida panther, manatees, and several others. 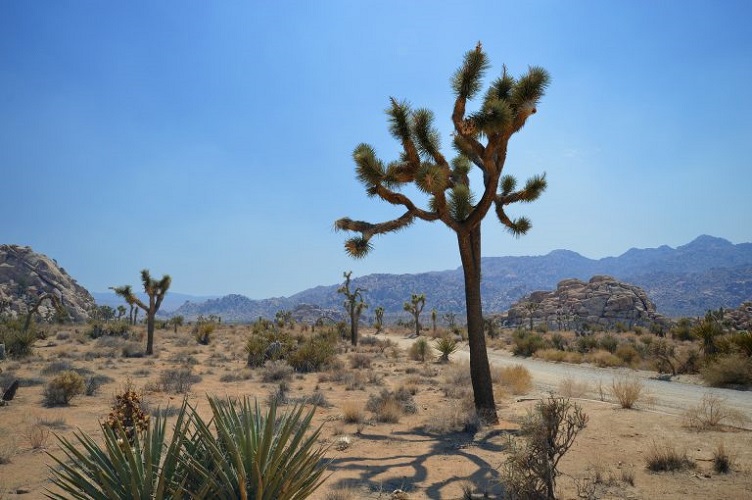 This popular park, not very far from San Diego, was made famous thanks to the 1987 U2 album of the same name. It is the 11th most-visited state park and offers an exceptional escape from cold weather. This place is the home of 501 different archeological sites and also features the best group of rock-climbing faces in the US. Here you can enjoy camping, hiking, rock-climbing, and even four-wheeling on Geology Tour Road. Be sure to see the superb sunset at Keys View as well. 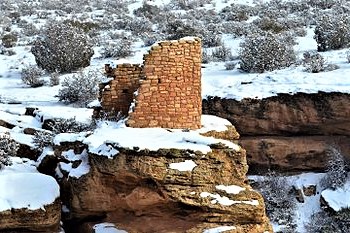 Last but not least, we have the four-season destination Mesa Verde National Park. This popular park in southwestern Colorado might be open all year but it is not visited as much during the winter. By visiting in the colder months, you can not only avoid the summer crowds but you can also gain a greater appreciation for the actual living conditions experienced by the ancestral pueblo people who once populated this place. This park has been an official UNESCO world heritage site since 1978 because of its historical and archaeological significance.